There’s not too much editing involved, I converted the original color picture made with my Pentax K20D to black and white using a Pixlr filter. I darkened the original slightly and brought the edges down to keep the eye in the middle of the photograph. I like symmetrical pictures, especially those with vanishing lines. 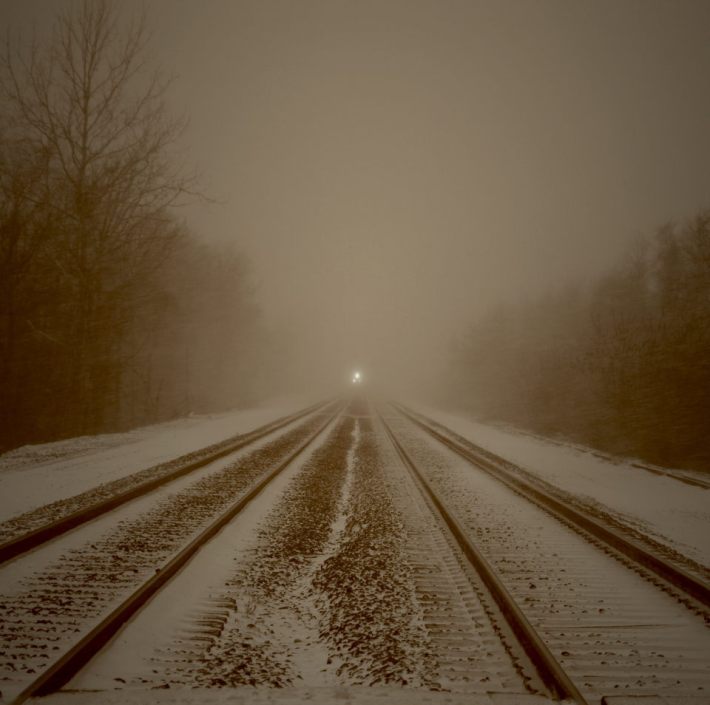 The weather was as nasty as the picture shows. Cold, blowing snow and very low visibility. I was dressed for the weather but can’t operate my camera well with gloves on so I kept taking them off when I was shooting. After a while that doesn’t work well either, your fingers get so cold that you can’t feel anything on the camera well enough to operate the small buttons.

The CSX railroad tracks run through the entire city and county of Erie from east to west, parallel to Lake Erie. I got used to the sound of the long trains coming through in the middle of the night on the west side of Erie in Fairview. The tracks finally run through the General Electric plant on the east side of Erie, near Harborcreek, where GE manufactures diesel/electric locomotives.