I picked up a new camera last October, a Sony Alpha 6000. I wanted something small. I have a DSLR that I found myself leaving at home when I went anywhere. Even when I did have it with me, I took most of my pictures with my phone’s camera.

The Sony is slightly bigger than my Samsung Galaxy S3, at least height and width. It is thicker but can still be crammed in to a jacket pocket. At just over 24 megapixels on an APS-C sensor, it packs a lot of capability and Sony is making some great lenses. I crop many of my photographs so the sensor size and high pixel count give me plenty of latitude.

Below is the edited version of the original image taken with the Sony 20mm f2.8 prime lens. 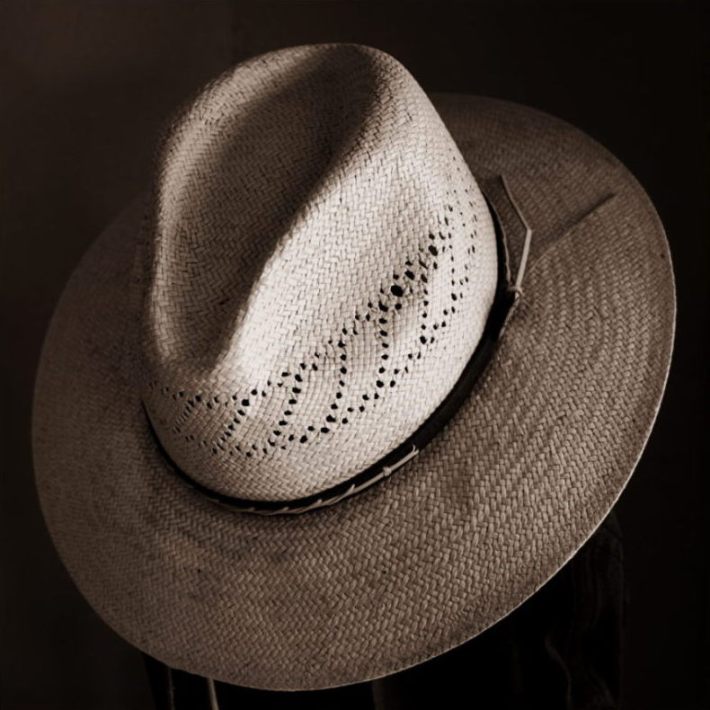 Here’s the original color photograph in 16 x 9 format. I knew I was going to crop the photo, that’s a key holder to the left and definitely not something I wanted in the picture. 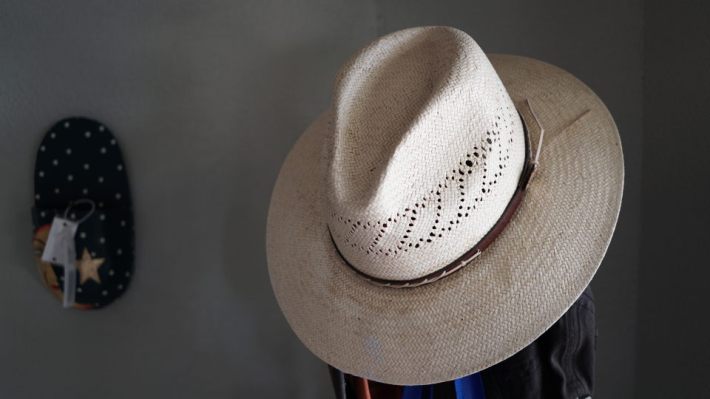 The light was coming through a window to camera right and was bright enough to give me a decent shutter speed. It’s a handheld shot. I cropped to square and brought the entire image down in value, darkening the hat some and turning the gray wall almost black. I used a sepia preset in Lightroom to remove the cold tone of the converted black and white image.

I’m very happy with the result and can say that the hat looks better in the photograph than it does on my head.